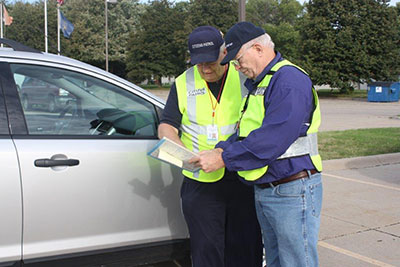 What is the Omaha Coalition of Citizen Patrols?

The Omaha Coalition of Citizen Patrols (OCCP) is comprised of trained citizen volunteers organized into separate patrols. These established patrols currently operate in approximately 35 neighborhoods throughout Omaha and the surrounding metropolitan area. Each patrol works within its own neighborhood by conducting regular patrols in the area in an effort to increase public safety and reduce crime.

Citizen patrols often work together with law enforcement to conduct special "joint effort" patrols in their neighborhoods during special occasions such as Halloween, and the first and last days of school. Citizen patrols also help patrol surrounding areas during major events such as the College World Series. When requested by law enforcement, citizen patrols have assisted in criminal investigations.

OCCP is supported and endorsed by the Omaha Police Department and the Douglas County Sheriff's Office.

Why a Citizen Patrol?

Think about your neighborhood. How old is it? How has it changed over the years? Are there more people living in your neighbor- hood? Less? Do people not only take pride in their neighborhood, but also want to feel that they are safe?

But times change, and with them, so does crime. Unfortunately, as illegal drug use rises in our society, so does other crime such as burglary, robbery and homicide. Turn on the television and it is not uncommon to hear about a missing child or adult. 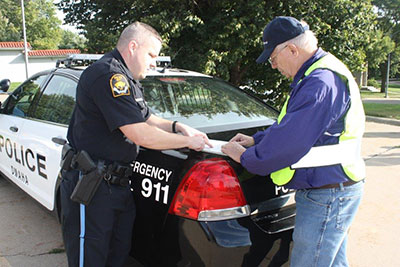 What is a Citizen Patrol?

A citizen patrol is a group of volunteers in your neighborhood who are willing to become trained to help in the fight against crime.

Training is provided by OCCP trainers together with the Omaha Police Department.

Trained citizen patrollers drive through the neighborhood in visibly-marked vehicles, observe conditions in the neighborhood, and report any suspicious activity or situations of danger or emergency to law enforcement.

A citizen patrol is often described as a mobile neighborhood watch program. Patrollers do not confront or engage with criminals or other suspicious persons.

Forming a citizen patrol is one of the first positive steps a neighborhood can take to create a solid working relationship with law enforcement to reduce crime in the neighborhood.

Signs will be visibly posted in each neighborhood where a citizen patrol is active, identifying your own neighborhood as a "patrolled area."

At your request, OCCP members will speak at your neighborhood association meeting or talk with interested neighbors about your current situation and provide you with more information about citizen patrol.

We will help you start a citizen patrol if you have at least two persons who are willing to become involved.

AAA and the Cornhusker Motor Club Foundation are proud sponsors of the OCCP program.